Children are not a reason to stop traveling internationally!

Imagine yourself seaside with blue-green water, warm tropics, and a great book in hand. Maybe you want to visit pagodas or take a float down the canals of Venice or Amsterdam. Perhaps it’s an African safari that really excites you. Having kids does not mean you need to stop traveling internationally, nor travel unsafely. 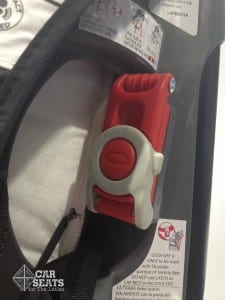 The United States is rather unique in our approach to car seats and cars.  We are the only country that requires lower anchors, tethers, AND belts that lock before a crash in our cars (since 2003, 2001, and 1997 model years, respectively).   Unlike the rest of the world, the United States and Canada have many car seats that can be installed with a two point belt (lap belt only). North America also has many car seats that allow for an install with either a two point belt, a three-point belt (lap and shoulder belt), or the lower anchors and a tether (or, for rear facing, the lower anchors alone).

Installing a Car Seat Outside the United States

To prepare for travel outside North America, many parents gather their child’s car seat, passports for the family, snacks, and credit cards. Many may not realize that the international model car where they’ll be installing their child’s car seat may not be compatible with that car seat. It’s safe to assume that the car at your international destination will not have locking seat belts, so plan accordingly.  If your car seat has built-in lockoffs, you should be fine with a normal seat belt installation.  If you have a car seat without a built-in lockoff, practice installing the car seat with a locking clip before you leave home.

For years, all car seats came with some way to lock the belt — either a built-in lockoff or a locking clip.  Now that the cars without locking seat belts are aging off the roads in the US, car seat manufacturers have started to send seats without a locking clip.  Look at your car seat before you leave.  If you have time, call the manufacturer and they will send you a locking clip.  If not, if you can take one from another seat, borrow one, or buy a generic locking clip.  They are not a car seat-specific part.  In other words, an Evenflo locking clip will work just fine on a Graco seat.

Read your car seat’s manual about installing the seat with a locking clip.  Learn where to place the clip and how to tighten your seat down beforehand.  Practice it several times so when you’re installing the car seat while jet lagged in a strange car after a long trip, you still know what you’re doing. If you are renting a new car in most of the world (not quite Australia yet) you should have the option of ISOFIX (International Organisation for Standardisation FIX) in some position in the car. That’s simply what most of the world calls LATCH. These are lower anchors, and they are compatible with US car seats, but just like in American cars, they won’t be available in all seating positions. In Canada the term is UAS (Universal Anchorage System), and in Canada and the US there will be tether anchors as well. In Europe their new iSize regulations will require tether anchors to all vehicles (this is a new regulation, so the availability of tether anchors is hit or miss at the moment). In Australia all cars have tether anchors, but lower anchors are only in some new cars.

If you are using ISOFIX, it has a 40 pound (18kg) limit; this is the child’s weight only.  ISOFIX can also only be used on the sides of the car, you cannot borrow ISOFIX anchors in the center seating position.  So if you have a child heavier than 40 pounds, you must use the car’s seat belt to install the car seat.  Or, if you have a typical much smaller European car and the best fit you get is with the car seat in the center seating position, you’ll need to use the seat belt, most likely with a locking clip.

If your child rides forward facing in a harnessed seat but there is no top tether available, see if they are still within the weight and height limits for rear facing, as rear facing is a much safer choice than forward facing without a tether. Use the seat belt to install the child’s car seat in an ISOFIX position without a tether anchor, as American car seats are not designed for the lower anchors to be used without a tether anchor.  The shoulder belt will be higher up on the seat often than just the lower anchors and will ideally help hold the top of the seat back a little bit more in a crash.

Before leaving for your exotic, far-off land, research your airline options.  Outside of the United States, airlines do not have to abide by FAA regulations.  The airline staff may do any of the following: From British Airways’ website, car seat restrictions for kids between six and 36 months, and forward facing only.

Research first and plan accordingly.  Print out information from your airline’s website about traveling with children so you can inform the flight crew if they are unaware.  Know where your aircraft approval statement is on your child’s car seat.  It never hurts to bring your manual along as well.

If the airline you’re researching has restrictions that don’t work for your situation, use a different airline if possible.  For example, British Airways does not allow tickets or car seats for babies under six months and allows a forward facing only seat from 6 months to 36 months.  If you are traveling to London, instead of flying British Airways with your rear facing 3 month old, fly an American carrier.  British Airways won’t let you put your 3 month old in a seat and they will force you to gate check your car seat.  An American carrier must abide by the FAA and respect the ticket you’ve bought and the seat you’ve carried on board.

Our article On The Road Again takes a closer look at the logistics of travelling with Littles.

Other Modes of Transportation When choosing to ride the train, there are places to store your car seats

Once at your exotic locale, using a car may not be the only method of transportation available. Many Asian and large European cities have fantastic public transport systems. Even smaller cities (by US standards) will use trams quite a bit. Buses are common. Bicycles may be rentable and the norm and perfectly safe in many European urban areas. Look at where you’re going, and plan ahead. You may not need a car seat if your child is big enough to ride on the plane without one. Subways, buses, trams, bikes, and your own two feet are a great way to see a city without having to worry about navigation and one way narrow streets.

Between many cities elsewhere in the world, trains are a completely viable option. Unfortunately, Amtrak just doesn’t match up to what Europe and much of Asia has when it comes to trains. They’re normally clean and fun, and generally easier to use for distances than trains in the US. Trains don’t have seat belts, so car seats cannot be installed. If you need to bring one (you’ve flown to London, taken the train to Paris, got on a river cruise from there, and are leaving Europe from Vienna, for example), it would be stored with your luggage in your cabin, or in the checked baggage car. It’s safe to check it here, since you’ll be there to hand it off directly, and you’ll watch them simply store it on a shelf on board. So look at your travel, you may not need a car. You can book a hotel near the train station for a night and just walk over. You can send one parent ahead with the luggage in a cab while everyone else walks (this is really underrated. It’s a fantastic way to really see a new city, and tire the kids out for bed). Get creative! Even in the US there are options. In Seattle you can get on a monorail just four blocks from the world famous Pike Place Market and it’ll take you the mile up to the Space Needle. Check out the local transportation options that may be not what you’re used to and use them.

Technically, it is often illegal to use a North American car seat in other countries (that goes even for Canadian seats in the US and US seats in Canada).  However, as a visitor, it’s unlikely that local law enforcement would issue any kind of citation for an American car seat being used.  It’s better to travel safely than follow the exact letter of the law (and some nations have an exception for a visitor who is on a tourist’s visa).  I’ve traveled extensively over four continents with car seats and have never had an issue with legalities.  If you are moving internationally, check with the country’s laws, ask other expats their experiences, and if applicable, look into military laws and regulations that surround where you will be assigned.  So please do not let any laws or installation concerns you’ve read about prevent you from traveling with your child’s car seat. Traveling can be a great opportunity few children have; so if you have the chance, take it!

« High Back Boosters for Big Kids (and their younger siblings)
ABC Kids 2015: Day One »